Book by a Physician Entrepreneur 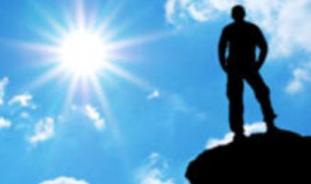 You don’t have to leave clinical practice to pursue nonclinical careers and interests. If you want to see how you can be involved in numerous interests by keeping your eyes open for opportunities to collaborate with others, check out this book by Eric R. George, MD, entitled: We: Ditch the Me Mindset and Change the World.

Dr. George is a hand surgeon, serial entrepreneur, venture capitalist, and philanthropist. He is the founder and CEO of Omega Hospital, the first physician-owned hospital in New Orleans; the Hand Center of Louisiana, where he actively practices; and ERG Enterprises, a $500 million investment firm committed to changing communities worldwide.

What is the power of human connection? How does serving others lead to a more fulfilling life?

In We, Dr. George presents the six fundamental outcomes of embracing a connectedness mindset, including purpose, partnerships, perseverance, support, perspective, and trust. Each of these results in a more enriching life, individually or in conjunction with each other.

Dr. George first learned the importance of human connection through his work as a hand surgeon, treating patients from every background, ethnicity, age, and gender. These experiences showed him the priceless value of what others could teach him about the world and himself. His encounters challenged his perspective, defied his assumptions, and ultimately expanded his success far beyond medicine. Now, he shares the learnings that have transformed his life.

In We, Dr. George presents the value of embracing a mindset of connectedness, where the people we encounter represent the source of a fulfilling life. Through a series of compelling anecdotes and observations, he takes readers on a journey to reveal six key outcomes of his timeless philosophy. One of the most important books in recent years, We offers readers an experience as captivating as it is profound.”

In addition to practicing medicine full-time, Dr. George owns and operates businesses in numerous industries such as hospitality, real estate, oil and gas, education, entertainment, and consumer goods. As a philanthropist, he established the Colonel Aaron C-Dot George Scholarship at Marshall University, an annual fund named after his brother who died as a fighter pilot in a training accident. He also serves on numerous civic, charitable, and educational boards, and contributes to many causes including the New York University Law School, the St. Martin’s Episcopal School George Cottage in New Orleans, and a school for orphans in Mombasa, Kenya.

To read more, and to buy the book, visit this website.